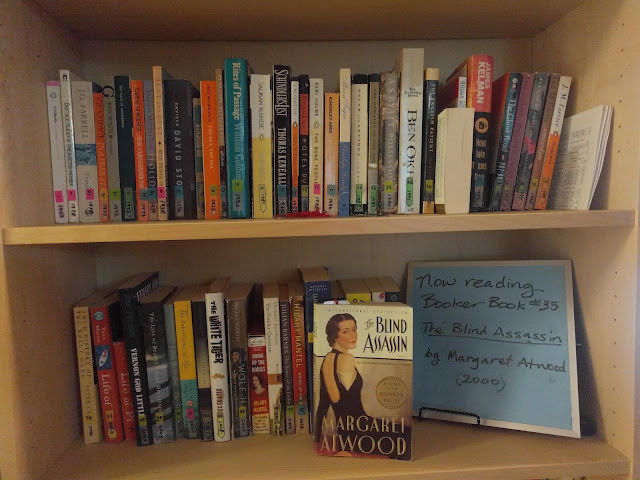 Posted by Stephanie Turner at 3:17 PM No comments:

Coetzee was the first author to win the Booker prize twice: first in 1983 for Life & Times of Michael K, about a young South African man of color trying to leave a terrifying city life to return to the country. One might say that Disgrace is similar in a way, since it is about another man who retreats from the city to a farm. However, Coetzee’s second booker winner (1999) reminds me more of Nadine Gordimer’s The Conservationist (1974), because both feature a privileged white South African man. Disgrace’s protagonist, professor of communications David Lurie, has not chosen his retreat: he is rather in exile, or disgrace, for sexual harassment of a student. This must have been one of the first novels to deal with the growing political correctness that began to be felt in the 1990s.

After David has his brief and selfish affair with a student, and refuses to cooperate with the investigative committee, he resigns and goes to his daughter’s farm and kennel. He begins to rebuild his life, volunteering and writing, until he and his daughter are attacked by local thugs. The two crimes and their aftermath are vastly different…or are they?

I try not to read too much about a novel before I finish it, preferring to form my own opinions. But as soon as I finished this one, I turned to the front matter: a page of extracts from reviews. The words that jumped out at me were “cold” and “uncomfortable”; “perplex” and “disturb.” I agree with all of those. I also try to refrain from too much interpretation in these reviews, in order to let my reader (readers, I hope!) form *their* own opinions. But I must say that this novel, lean as it is, is rich with symbolic material about fathers and daughters, crime and penance, even dogs and people. It is about a world in which the sexes, races, and species are overcoming centuries of inequality. It’s a slow and painful process.

Posted by Stephanie Turner at 2:42 PM No comments: 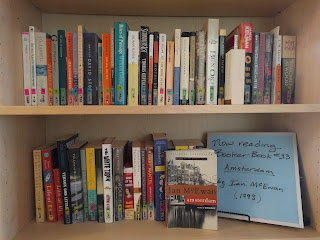 Ian McEwan is one of those fabulous writers, like Ann Patchett, whose books are each unique. He writes with convincing authority about realms as divergent as music composition, underworld thugs, and wartime nursing. I have been looking forward to reading a new Ian McEwan book since the beginning of this project, and I was not disappointed. Weighing in at just under two hundred pages, Amsterdam is a lightweight of a novel, but it could stand up to anything by O. Henry in a championship fight. It is brilliantly plotted, bitingly witty, and breathtakingly ironic.Amsterdam is the story of two men whose friendship reaches a new level after the death of a woman they both loved. It is a meditation on friendship and selfishness, hypocrisy and ethics, success and revenge. I wouldn't spoil a page of it for you, but just to whet your appetite, you will find an editor double-crossing, a politician cross-dressing, and...oh, just read it.
Posted by Stephanie Turner at 3:16 PM No comments:

Booker Book #32: The God of Small Things, by Arundhati Roy

The god of small things is not a god, he’s a man, and an Untouchable man, at that. Velutha, a member of the lowest Indian caste, wins the hearts of three characters (and the reader) in this sad tale.

Velutha first wins over Ammu, daughter of a factory owner, when they are both children. He makes her intricate toys, “small things,” which he must offer on the palm of his hand, so she doesn’t have to touch him. Velutha grows up to become a gifted engineer and carpenter who would be running the factory if not for his social status. He later wins the hearts of her children, who belong to a new generation and may play with him, not just snatch his presents.

When Ammu comes home after her divorce, she sees Velutha in a new light. But in India, the “Love Laws” are strong, and cross-caste love is the most harshly judged. The children will suffer for their mother’s transgression.

This is a powerfully told story that encapsulates much about India’s attitudes toward class, women, and relationships. Told in large part from the points of view of Ammu’s twin children, we readers must puzzle through their misunderstandings of what is going on around them.

The writing is lyrical and sparkles with word play. I enjoyed this novel more than Rushdie’s, and found in it echoes of Michael Ondaatje’s work on Sri Lanka. A Booker classic.

Posted by Stephanie Turner at 3:48 PM No comments: 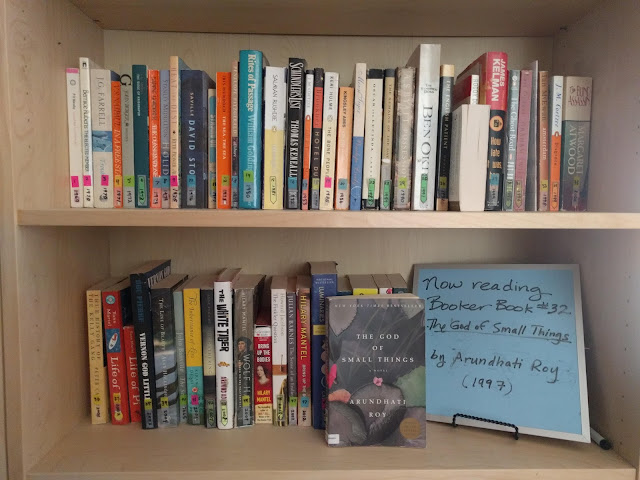 Posted by Stephanie Turner at 9:20 AM No comments:

I had to take a break from the Bookers to read a book for the school where I teach, and a novel for my neighborhood book club.

Educated by Tara Westover is in itself an education. Westover is the youngest of seven children in a family of Mormon survivalists. She grew up in Idaho, supposedly homeschooled, but basically only able to read and write. Her father ran a junkyard in which the children were regularly injured; her mother mixed essential oils which did nothing to heal the injuries; and one of her brothers beat her regularly. This memoir is the story of how a person raised in dogmatic isolation finds the strength to question her reality.

Westover manages to attend college, even though she never spent a day in high school, and the world opens up to her. She and her siblings all took one of two radically different paths: stay home and follow in their parents’ footsteps, or get away and get an education. I am so grateful that Ms. Westover chose the latter, and shared her story about embracing uncertainty.

In a completely different genre, I received a free copy of One Thousand White Women by Colorado author Jim Fergus, and recommended it to my neighborhood book club. It is a strange read. The cover made me think I’d be reading something like the recent retelling of the Little House series through Ma’s eyes, Caroline, by Sarah Miller. Not quite. 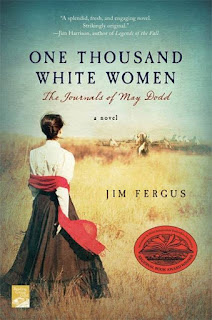 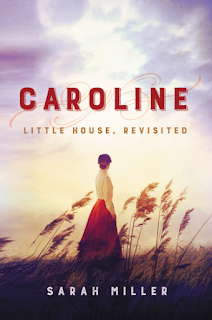 The premise of White Women is based in fact: a few years after the Civil War, a Cheyenne chief proposed that his tribe should exchange one thousand horses for one thousand white brides, so that they would bear his tribe’s children and raise them in the white culture. This, of course, never came to pass, but Fergus asks, what if it had?

Our heroine, May Dodd, joins the band of white women (which ends up counting only about fifty women, not a thousand) in order to escape the asylum where she has been confined against her will for promiscuity. She meets a motley crew of other women who make up a blatantly stereotypical microcosm. It is as if Fergus gave these two-dimensional characters the most obvious names as placeholders while he wrote, then forgot to go back and change them. We have the brazen Irish twins, who share the last name Kelly; the impoverished and jilted Southern belle, Daisy; the stout Swiss maid, Gretchen; the proud, strong ex-slave Phemie; etc., etc.

The women meet and marry their braves and quite quickly (perhaps implausibly so) become enamored of their new culture. Like “Dances with Wolves,” White Women presents a mostly positive portrait of the “noble savage.” U.S. policy certainly deserves the critique, but the delivery is not what one might call nuanced.

Posted by Stephanie Turner at 2:00 PM No comments:

“Last orders” means “last call” in British slang. In Graham Swift’s novel, it also means “final wishes.” Jack the butcher has just died, on the cusp of retiring to the seaside with his wife Amy. Three of Jack’s friends are driven by his adopted son to the town he meant to retire in, to scatter his ashes. But why isn’t Amy coming?

It seems a simple enough premise for a road trip, but echoing The Remains of the Day and Holiday, two other Booker winners that also feature British trips to the sea, even a one-day outing leaves a lot of room for detours and discoveries.

I had a hard time getting “into” this book because of the plethora of characters: all five men (Jack and the four living) have wives, children, officially and unofficially adopted children, and sometimes ex-wives and lovers. Keeping them all straight, as the point of view changed from chapter to chapter, was challenging. I’d recommend making a chart, honestly.

But once I got “into” it, I’m glad I did. Here’s Ray’s observation on his best friend Jack’s final days:

“…he was sitting up, straight and steady. I thought, It’s like he’s having his portrait done, his last portrait, no flattering, no prettying, and no one knows how long it will take. Two weeks, three. Nothing to do but sit still and be who you are.”

This is just one of many reflections on life, love, family, loyalty, and friendship that make this short novel so dense, reminding us always to be who we are.

Posted by Stephanie Turner at 11:52 AM No comments: 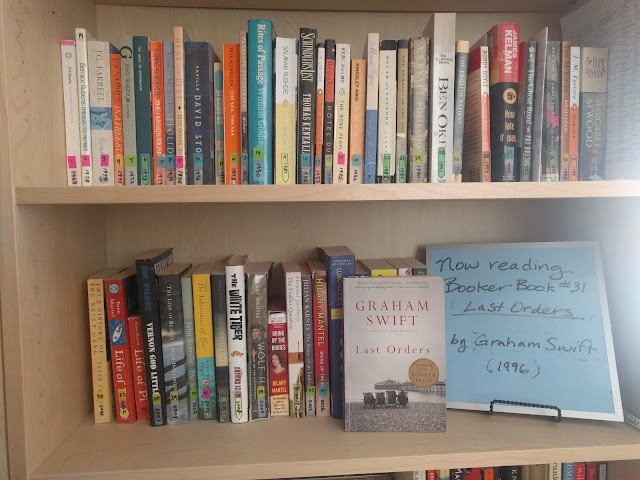 Posted by Stephanie Turner at 12:25 PM No comments: