Bonjour! I’m back in my niche: French words adopted into English.

Don’t treat these words like a beret-headed stepchild: they make our language riche! (Which, like niche and quiche, should be pronounced to rhyme with “sheesh.”)

Today’s words are chaise and chez.

Have a seat, and we’ll talk about chaise, which just means chair, and is pronounced “shez,” to rhyme with “Pez.” Sometime in the mid-seventeenth century (think poofy powdered wigs and frilly lace collars), the English language adopted the phrase “chaise longue” – which means nothing more than “long chair” – from French. Hear the whole phrase pronounced here.

You know how “court martial” means a “martial (military) court”? The same thing is happening in the phrase “chaise longue.” Typically, in French, the adjective – long or martial – comes AFTER the noun – chair or court. In English, on the other hand, the adjective comes first. So, when we say White House, they say la Maison Blanche – House White. (And the French are not the only ones to do this; most Romance languages have the same rule.)

But what did we silly English k-nig-its do? (If you need to brush up on your Monty Python references, check out minute 1:20 of the taunting scene from The Holy Grail).

1) We decided that the phrase must conform to our syntax, so we decreed that “chaise” was the adjective and “longue” was the noun.

2) We absolutely massacred the pronunciation.

I grind my teeth when I hear it, but most Americans pronounce the phrase as if it were “chase lounge.” And that is how we invented the word “lounge” – from mistakenly identifying a long chair as a piece of furniture made to lounge on. (At least, that’s how *I* think it happened. The three etymology sources I checked say origins are “vague,” but I think they should consider my theory.)

Finally, chez. This is a really handy word in French. Pronounce it “shay.” Chez is a preposition that means “at the home of,” “to the home of,” or “at the place of business of.” For example, in French, you could say “Je vais chez Justin Trudeau” and you would mean “I’m going to Justin Trudeau’s house.” {I wish!} You’ll see it a lot in restaurant signs: Chez + name is just a handy way of saying “So-and-So’s Place.” If you have studied any German, you’ll recognize it as an equivalent of “bei.” 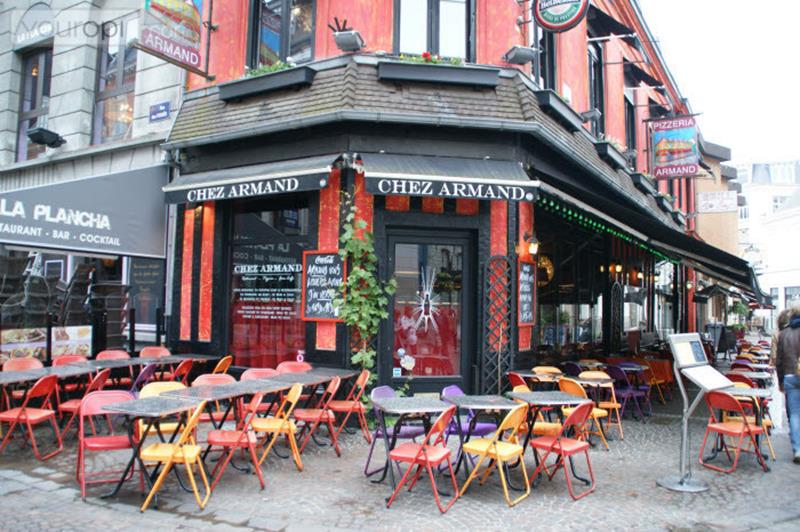 So, if you come chez moi, I might offer you a seat on the chaise longue. Sounds fancy, but I’m just inviting you over to my place to sit on a long chair. You’re welcome.

Posted by Anonymous at 1:07 PM